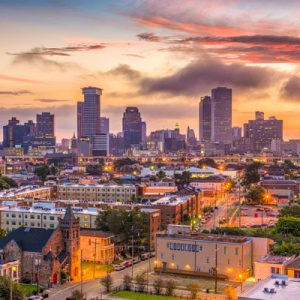 Metairie is one of the many suburbs that surround New Orleans; however, this little city brings a fire all its own with its unique history!

Metairie is special for many reasons. Its residents have no mayor and no city taxes. While it is larger than most Louisiana cities, Metairie is not legally a city, but a census-designated area within Jefferson parish. Metairie also has a rich and colorful history. The city was first settled by the French in the 18th century. At the time, the main activity of the area was sharecropping, where the landlords were paid with the price of the produce. In 1825, Jefferson parish was officially established as a governmental unit.

In the late 1910s, a streetcar was installed on Metairie Road, opening the land up to greater development. In the 1920s, houses began to spring up along the road. The rest of Metairie was not largely developed until after World War II. Today, “Old Metairie” is composed of various shops, shopping centers, and professional buildings. Did you know that many of the night clubs in Metairie are located in an area commonly known as “Fat City”? The area was originally planned and developed for Metairie’s commercial district, and it is a play on “Fat Tuesday,” the official holiday of Mardi Gras celebrations.

Take the time on your next trip to stop by Metairie and explore one of the oldest cities in America! This small but mighty city will have you wishing you could stay forever. Southern View Media would love to meet with you on your visit to tell you about the outstanding city and our work in it!